Replacing windows? Things you should know.

Thinking about replacing a window or two. Here’s a few stories that should be known prior to purchasing replacement windows.

A story of why a moisture test should be conducted before signing the window contract.

A homeowner brought us into a window replacement project to see if the home was structurally sound. The owner had already purchased the windows, signed a contract and put ½ of the money down. Since all replacement windows are considered custom, they were built and delivered to the window dealer before a moisture inspection of the home was recommended. Well, our testing found structural rot under each existing window and door because everything had been leaking for years. The $75,000 window investment immediately had a $200,000 add-on that was not expected. The owner had no recourse because the window replacement company did not cause the rot that was found. Not only that, but the home became immediately unsaleable because of disclosure requirements. The only good news is the property taxes went down because of the loss in value of the home.

A story of a home for sale with replaced windows.

A buyer of a home brought us into test the home for moisture in the walls prior to purchasing. We performed our moisture inspection and found that several of the windows had been replaced. Our testing found rot under each of the replaced windows. The buyers walked and the homeowners were stuck with an unsaleable home needing repair. The homeowners had replaced the windows knowing that the windows were bad but, the replacement window company did not advise them about the potential rot nor did the installer tell them about the rot below the window rough opening when the installation occurred. The homeowner was faced with a bill to remove and reinstall the replaced windows and make repairs to the walls. Besides the unexpected repair expense and time needed to make the repair they also lost a sale of their home.

Most windows need replacing because they leak or are worn out. When they leak, not only does your heating and air conditioning bills go up but the chances for water in the wall cavity increase significantly, from condensation, rain or melting snow. That intrusion of water takes a toll by rotting the structure of the home and creating a mold growing environment in the wall cavity under the window.

Unfortunately, during the replacement window sales presentation, few if any sales reps will talk to you about potential damages in the walls because they don’t want to throw a wrench into the sale. If you don’t ask, most won’t go there for fear of losing the sale. Buyer beware.

We strongly recommend a homeowner understand the condition of your exterior walls, prior to purchasing replacement windows. Replacement windows are not cheap and damages from the older windows can be just as expensive, if not more. Call us for an accurate, unbiased moisture assessment before deciding to purchase. 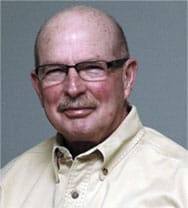 Alan Powell, owner and lead inspector of Certified Moisture Testing, LLC, has over 20 years of experience conducting moisture inspections in residential and commercial construction. He is licensed and certified by three national organizations. Having been involved in over 10,000+ moisture discovery inspections, he is considered a legal expert in moisture testing, intrusion causes and investigations. Alan’s mission is to educate the general public about understanding, preventing and detecting moisture intrusion in homes and buildings.

Preserve and protect your property today!

You can’t always see what’s damaging your home. The longer a problem remains hidden, the more frustrating and costlier it becomes. Get to the bottom of it, before it gets to your bottom line.